What do the peppers look like?
Carolina Reaper Peppers are a small to medium-sized pepper with a bright red appearance. They commonly feature a tail that resembles the stinger of a wasp. The inside flesh is orange to white in color. Would like to give an A+ review, however I have not yet received what I paid for. Tracking shows it was shipped, but never got past the USPS facility in Scottsdale Arizona.
I find it hard to believe how a pound of Carolina Reaper could just vanish!

Great company, my spice was shipped right away. Love making spicy jerky in this spice tastes delicious as well as it makes it extremely hot. Carolina has a great taste right before it kicks in. 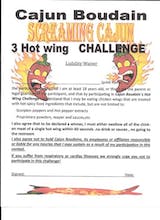 A key ingredient in my own recently developed Lavanimal Brand Cajun-ostomy Spice seasoning mix. With a hefty dose of personal humor and ingredients from Sonoran Spice Company, I hope to make my new Cajun blend a staple in homes and restaurants everywhere. Thank you, Sonoran Spice Company, for amazing, high quality, pure spices!
www.cajunostomy.com 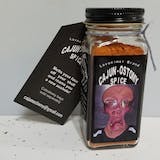 OMG...This is the BEST pepper ever! I thought I could handle all types of pepper but not the CAROLINA REAPER. It made the food taste better. The hotness doesn't linger so it makes the food taste better. You only need a tiny amount for a big pot to bring out the spice. I gave some to my next door neighbor and she was hooked. She now cooks all her food with the pepper. I am definitely ordering more. 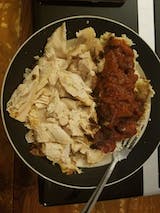 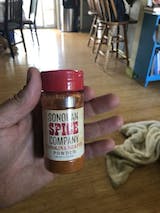 I was glad you had a larger size this time. I only use it in a couple recipes at my restaurant and it delivers just what it is suppose to, HEAT!!

The perfect kicker too 90% of my meals and snacks. Doesn't linger around the taste buds like a hot sauce.. 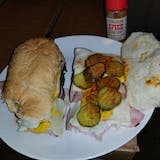